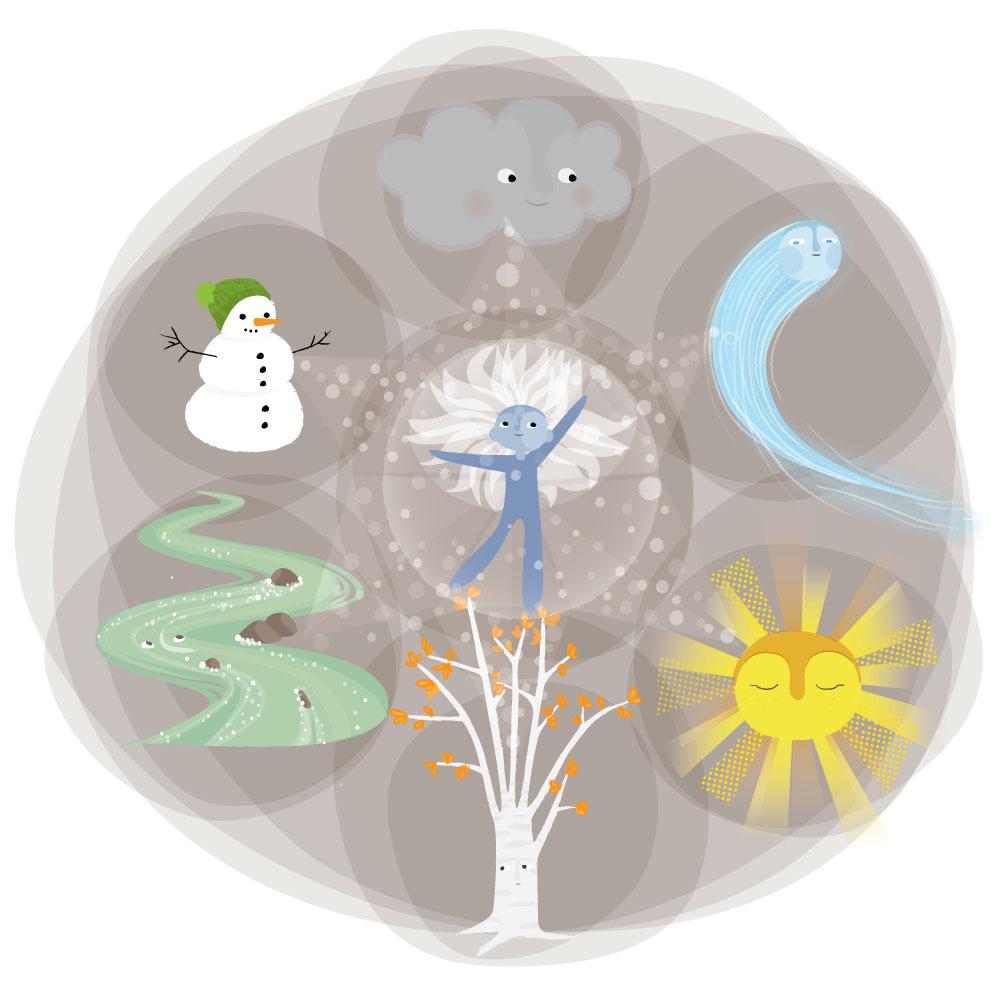 Posted at 14:32h in Way of Writing by Borut Lesjak 0 Comments

I’m focusing on creating a great website for my self-publishing escapades. Great, and it doesn’t have to be perfect. I’m not playing the waiting game any longer. Some of my visions and ideas of developing a stand-alone book into a series will come into play at a later phase. That’s just not to confuse you with too much information at this time.

For example, The Snowflake, my first story picturebook, is a soft and slow-paced account of a hearty snowflake being born in the winter skies, falling to her destiny, meeting family, friends and other beings on her way down: the cloud, the wind, the sun, the tree, the river, and the snowman.

During a walk through an enchanted forest a wee bit north of Paris, some time ago, I was strongly inspired by an idea to create a complete series of stories, one for each of the original characters present in the book. My vision was to create a sacred geometric structure of seven stories that themselves form a crystalline shape of a snowflake, the Snowflake’s story at its center. Each character’s story would have a connection to and share common passages with the central story as well as with its two neighboring stories. The whole would in essence be a Mother Nature Healing series.

As it is now, The Snowflake took a different route from what I had hoped for her. She is, well, a bit delayed. I’ll talk more on the subject in my future posts. Let’s just say that Mother Nature Healing series will be visiting — just like Mother Nature — in a mysterious way: gently and patiently, but surely.

Sorry, the comment form is closed at this time.

The form you have selected does not exist.